In the traditional auspicious jade carving accessories, the plant flowers and fruits occupy a certain proportion. Because the five elements of the plant's flower and fruit are of wood, this kind of jade jewelry is particularly suitable for those who wear wood and those who engage in the wood fire industry. Today's fashion accessories are also very fond of designs such as flowers, plants and fruits. So, in the end who is more suitable to wear it? 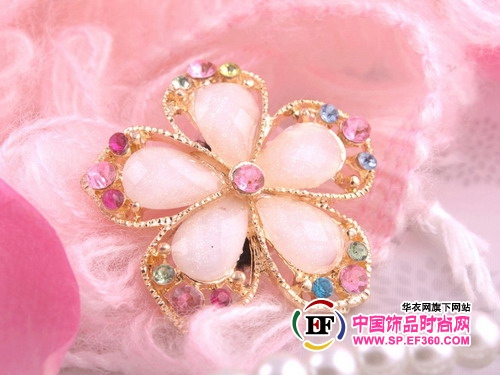 The five elements of the flower and fruit of the plant are wood. This kind of accessories is particularly suitable for the Wuxing lack of wood and people who are engaged in the fire industry. The industries in which the five elements are wood include forestry management, flower cultivation, fruits and vegetables, wood products, paper printing, textiles and garments, fashion design, cultural publishing, newspapers and magazines, literary arts, performing arts, cultural and sports goods, counselling education, and civil accounting; The industries that belong to the fire include fuel production, oil and gas supply, power generation, computer electronics, electronic optics, advertising photography, decorative makeup, lighting stoves, television and movies. 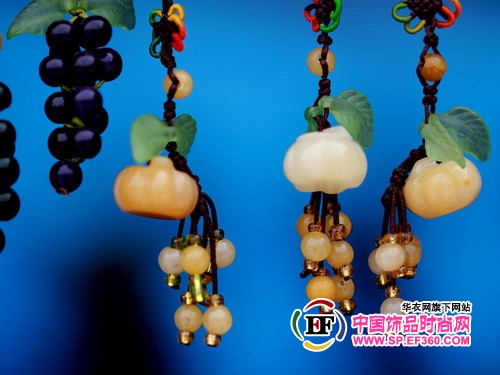 The pattern of plants and flowers on traditional jade carvings began to increase in the Han Dynasty and the Tang Dynasty. Song and Yuan Dynasties were more common, and they showed a prosperous trend during the Ming and Qing Dynasties. The Buddhism prevailed in the Tang Dynasty, and lotus patterns often appeared on jade ornaments. In addition to the connotation of â€œLotus Pure Landâ€, lotus patterns also had the meaning of love between men and women. Because lotus is a pedicle and two flowers, it is a symbol of husband and wife's love. During the Tang and the Western Regions, there were frequent exchanges. Many fruits and vegetables were introduced into the Central Plains. Therefore, patterns such as fruits and grapes on jade carvings and jewellery were also added. Melon is characterized by many fruits and vines. Its auspicious meaning is more children and more grandchildren. People often use the term â€œmelon and arableâ€ to describe the generations of children and generations. 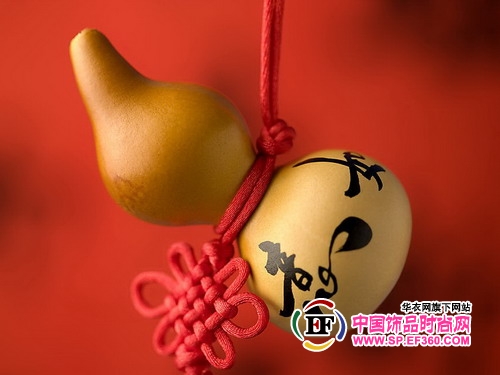 In the Ming and Qing Dynasties, the fruits and plants of the Ming and Qing Dynasties have a wide range of subject matter. Their number is comparable to that of animals. The use of patterns is very much concerned with symbolic and auspicious meanings. Using Mei, Lan, bamboo and chrysanthemum as themes, it symbolizes a variety of noble and refined jade, especially suitable for cultural people to wear. Carved bergamot, lotus, peach, melon and other accessories that pray for Funai Xiang are also popular, loved by the public. The bergamot is a peculiarly shaped citrus fruit, fruit or crack like a fist, or spread like a finger, so it is commonly known as "the bergamot". People are accustomed to regarded the bergamot as one of the symbols of the Buddha. The adorning of narcissus and bergamot designs symbolizes the â€œlearning of the Buddha of Immortalsâ€ and is suitable for those who have religious beliefs. In addition, bergamot's "Buddha" and "Fu" are in harmony, so another auspicious meaning of bergamot is to keep happiness in their hands. Peach is commonly used as a symbol of longevity in ancient times. Legend has it that there is a kind of Xiantao in the garden of the Queen Mother of the West. After three thousand years of blossoming, it is fruitful for three thousand years, and one piece of food can grow for six hundred years. Therefore, in the Ming and Qing Dynasties, Xiantao was often used as a subject of jade or jewelry. If Yu Pei has three patterns of peach, bergamot and pomegranate, its auspicious meaning is â€œmore than threeâ€, that is, more happiness, more longevity, more children.