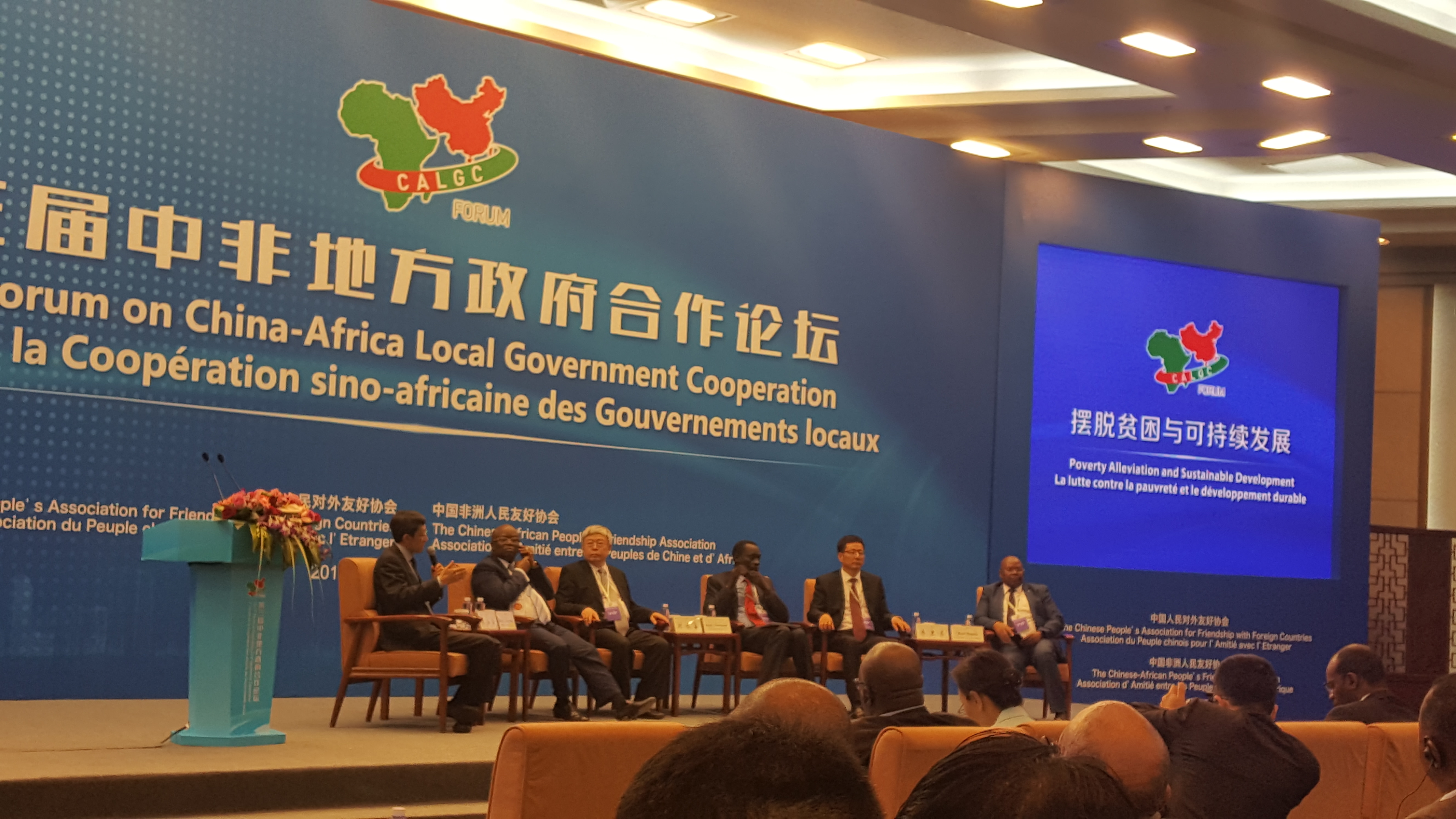 Recently, Shijiazhuang Huaming Candle industry was invited by the Chinese People's Association for Friendship with Foreign Countries to attend the Third China-Africa Local Government Cooperation Forum and attended the meeting.

The 3rd China-Africa Local Government Cooperation Forum hosted by the Chinese People`s Association for Friendship with Foreign Countries was held in Beijing on May 8th. Wang Qishan, Vice Chairperson of the People`s Republic of China, Vice Chairman of the 11th National Committee of the Chinese People`s Political Consultative Conference and Chairman of the China African People`s Association, Niger Prime Minister Rafini, former Tanzanian Prime Minister and President of Tanzania-China Friendship Association Salim attended the opening ceremony. Li Xiaolin, president of the Chinese People's Association for Friendship with Foreign Countries, presided over the opening ceremony. The theme of this forum is [Get out of poverty and sustainable development". It comes from relevant domestic ministries and commissions, 26 provinces, autonomous regions and municipalities directly under the Central Government. 24 African countries are in charge of local affairs, government ministers and mayors, representatives of international organizations, Africa A total of approximately 400 delegates from the country`s diplomatic missions in China, as well as education, economic and trade, charity, and media, attended the event. 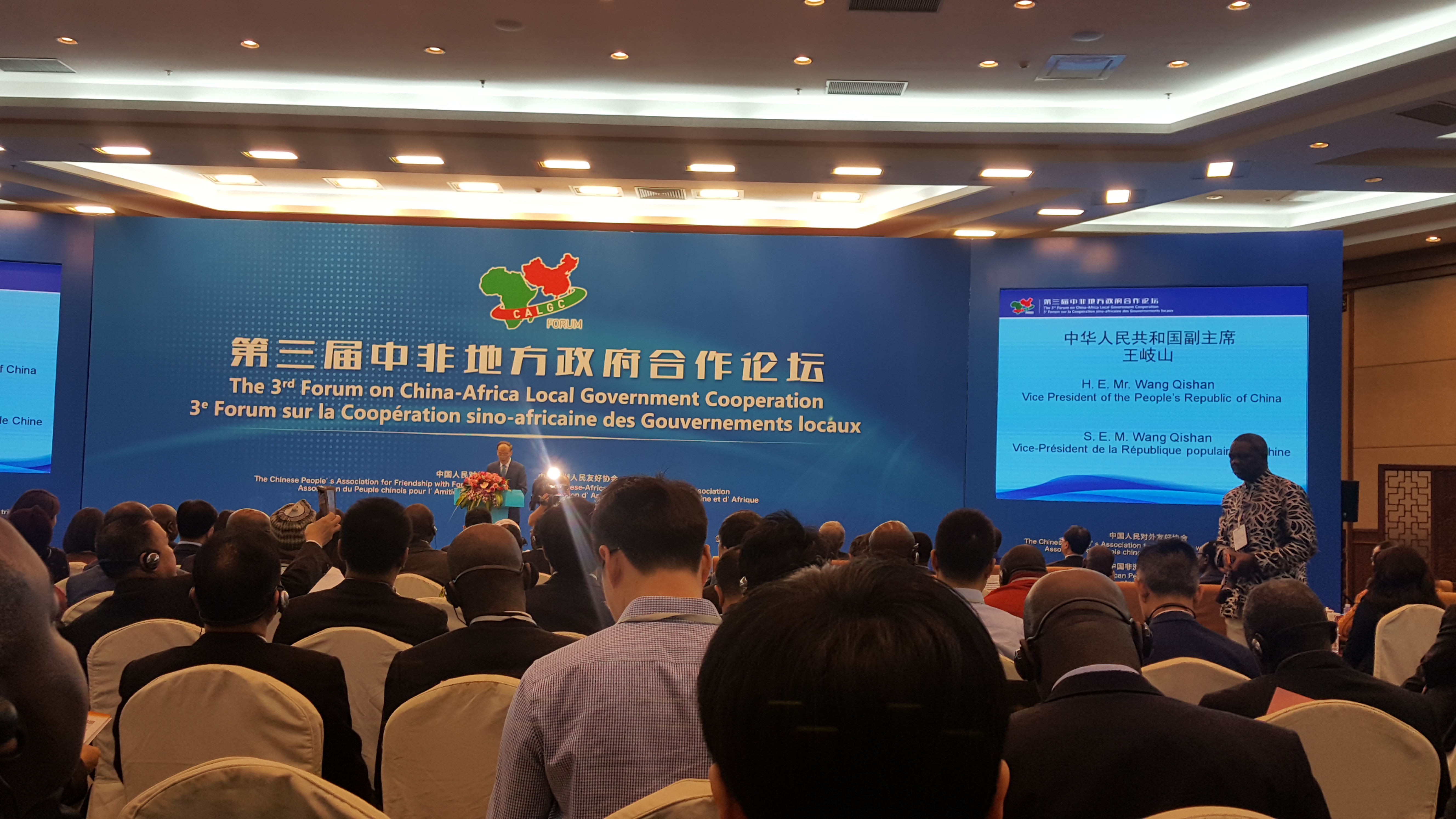 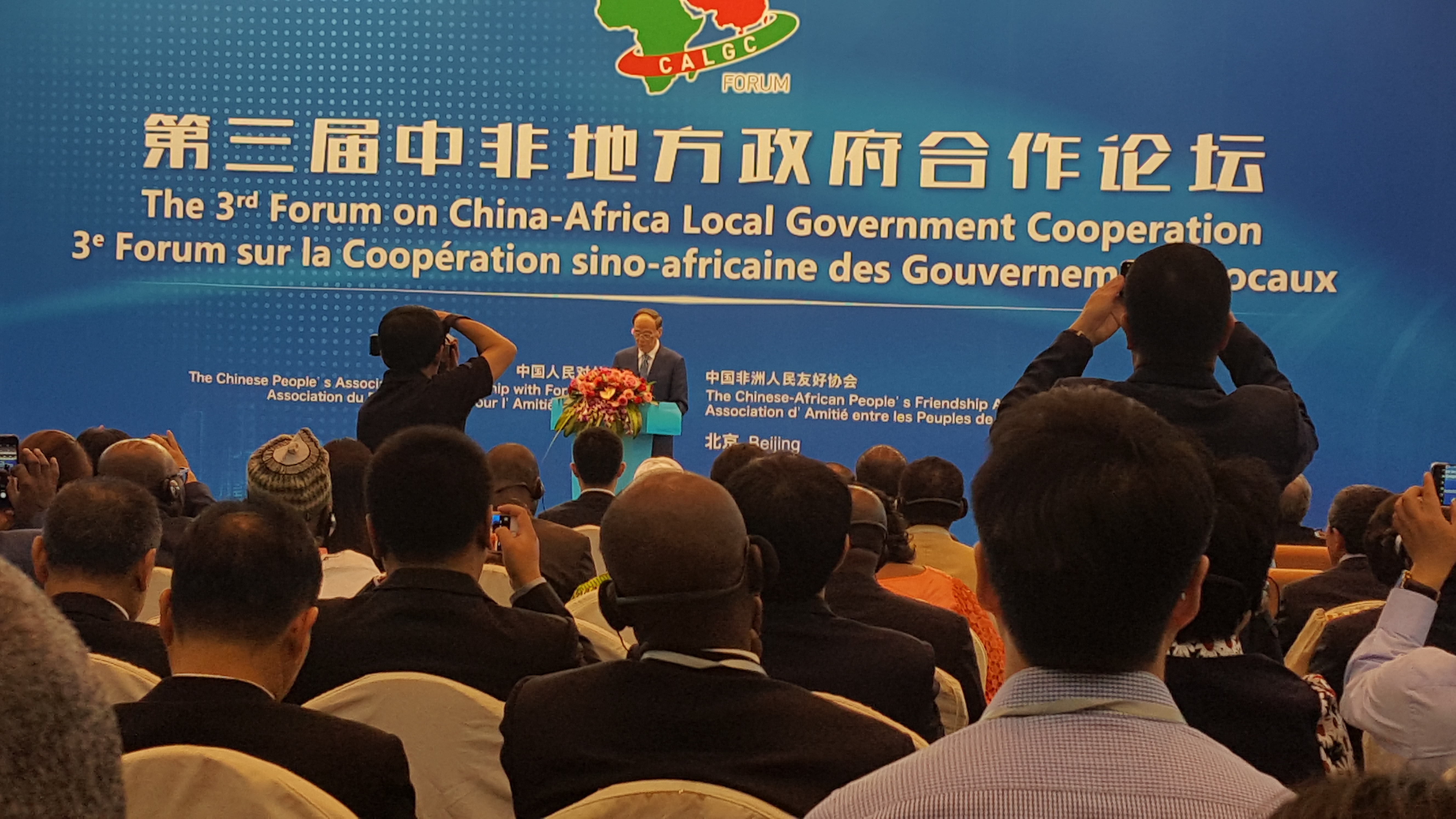 In his keynote speech at the opening ceremony, Wang Qishan pointed out that China and Africa have always been in distress and have shared and support each other. China is willing to help Africa's development with its own development. Under the framework of the China-Africa Cooperation Forum, the local governments` focus on the exchange and cooperation of [violating poverty and sustainable development" will help promote China-Africa comprehensive strategic partnership to take root. With the socialism with Chinese characteristics entering a new era, the Chinese nation has ushered in a great leap from standing up, becoming rich and becoming stronger. Under the guidance of the socialist ideology of Chinese characteristics under the guidance of Xi Jinping`s new era, to realize the great rejuvenation of the Chinese nation, China will unswervingly implement the strategy of opening up to the outside world for mutual benefits. China is still a developing country. Inadequate development imbalance is the main contradiction. To win the precise poverty alleviation battle, the poor people and the people all over the country will enter a comprehensive well-to-do society. The tasks and challenges are still very arduous. 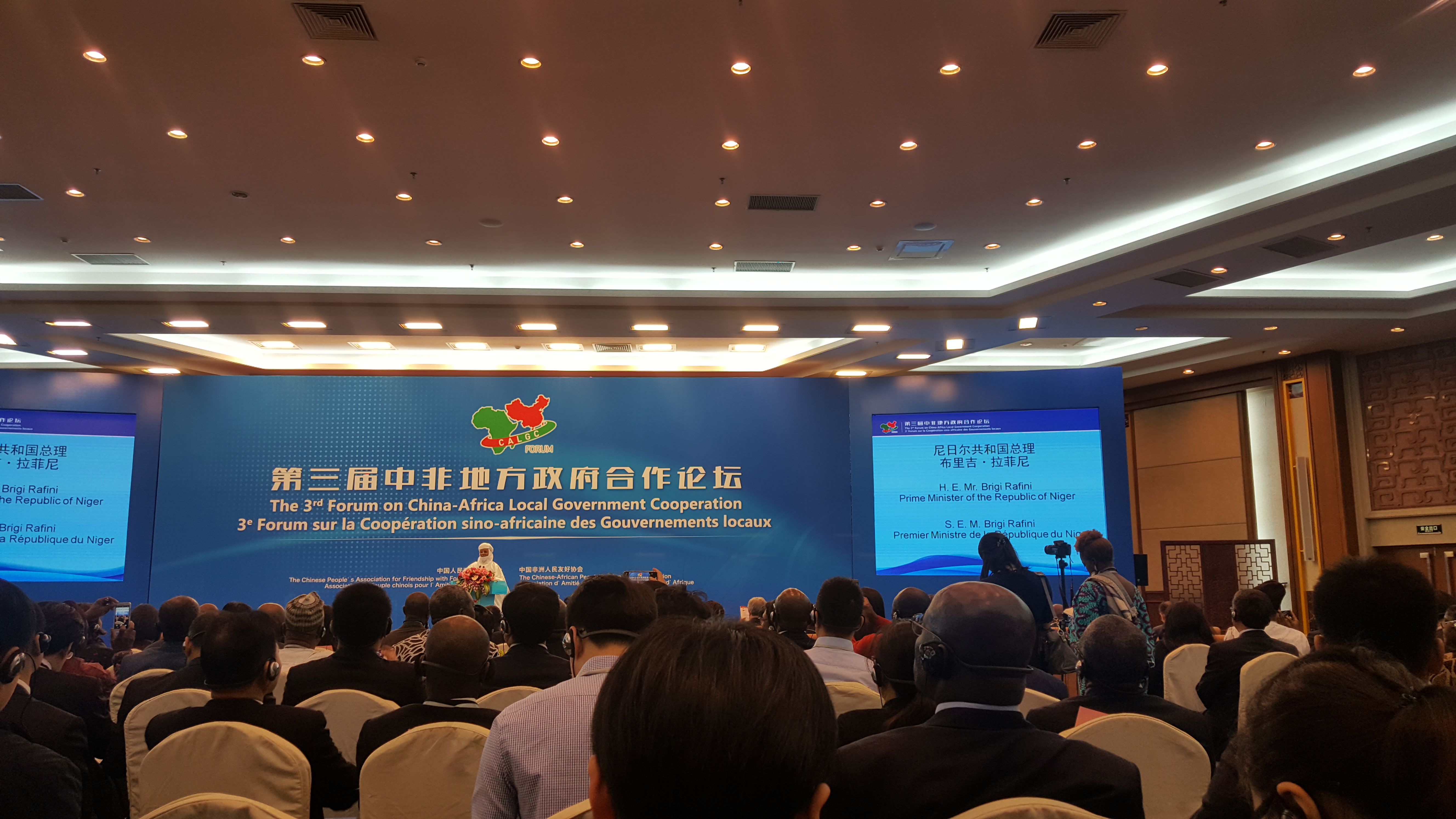 Prime Minister Rafini of the Niger said that China-Africa friendship has been forging ahead and has constantly renewed vitality and vitality. The rapid development of China will bring peace and stability to mankind. Over the past 40-odd years, bilateral relations between China and Niger have developed rapidly and fruitful cooperation has been achieved in all fields. The theme of this forum coincides with the Niger`s recovery plan. Talent training is the only way to get rid of poverty and achieve sustainable development. We hope both sides can strengthen exchanges and jointly embark on a path of prosperity and development. 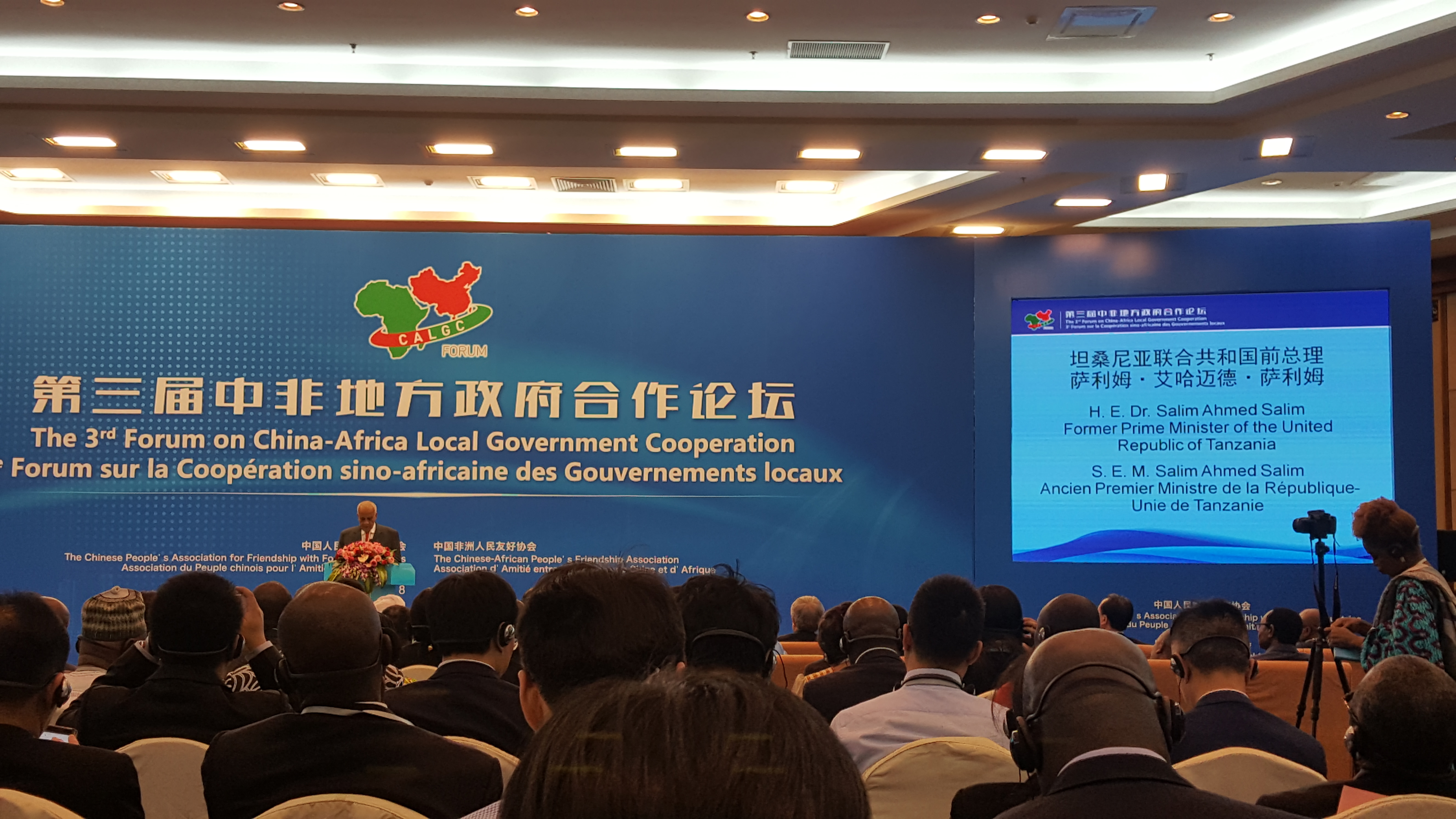 Salim, president of the Tanzania-China Friendship Association, said it was an honour to witness first-hand the tremendous achievements in development since China`s reform and opening up. China and Africa have similar historical experiences and similar values. China has long been a firm supporter of the African people and a partner and friend of Africa. Local governments play an important role in promoting China-Africa cooperation and deepening friendship. We hope to further strengthen the cooperation between local governments in China and Africa in poverty reduction and sustainable development. 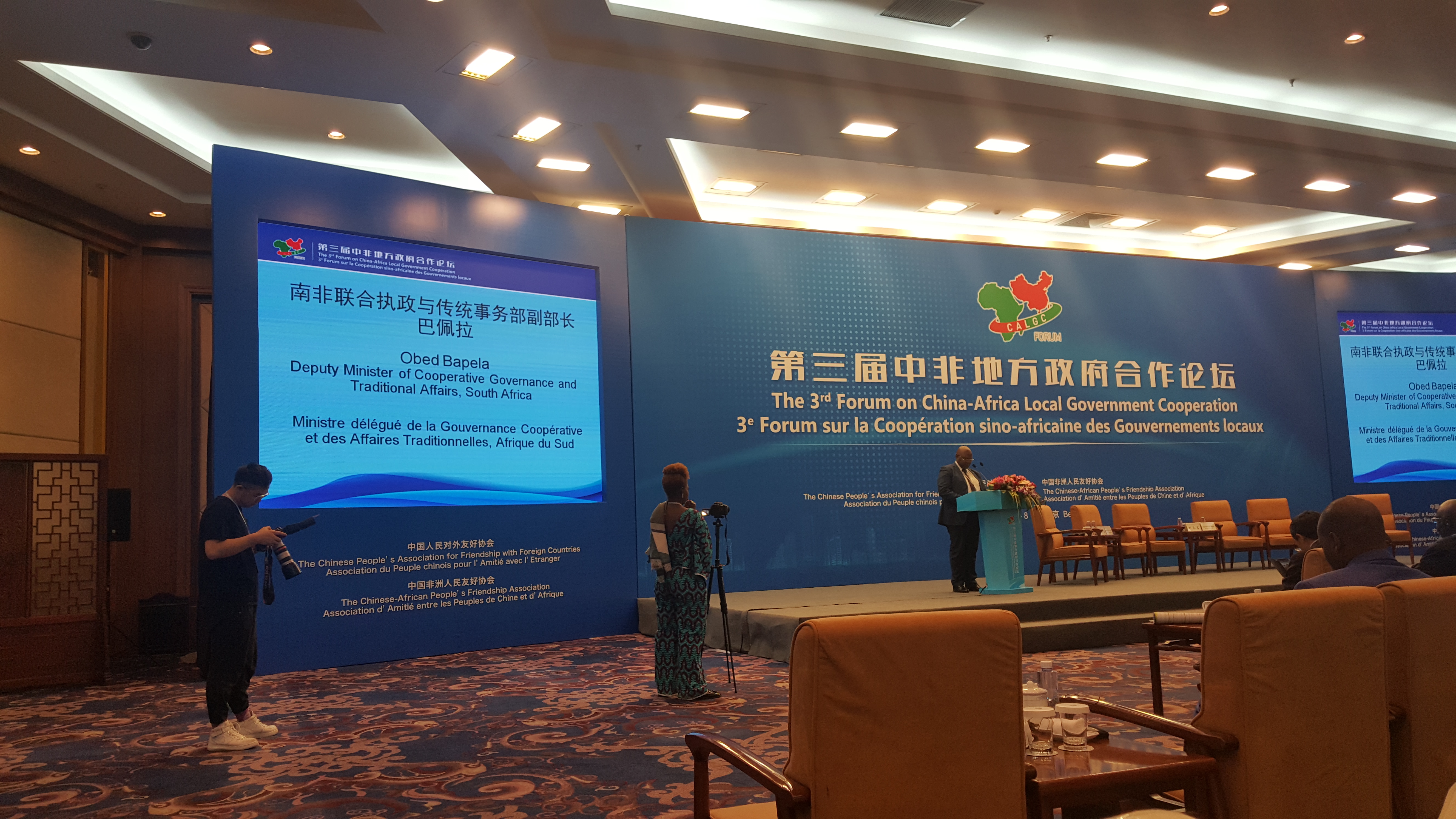 The guests from Central and Central Africa focused on the two fields of talent cultivation and capacity cooperation, and conducted in-depth discussions on how to promote pragmatic cooperation between China and African provinces and cities and build a community of fate between China and Africa. The Chinese People's Association for Friendship with Foreign Countries initiated the establishment of the China-Africa Local Government Vocational Education Union under the mechanism of the China-Africa Local Government Cooperation Forum, and has received wide endorsement and positive response from the guests. 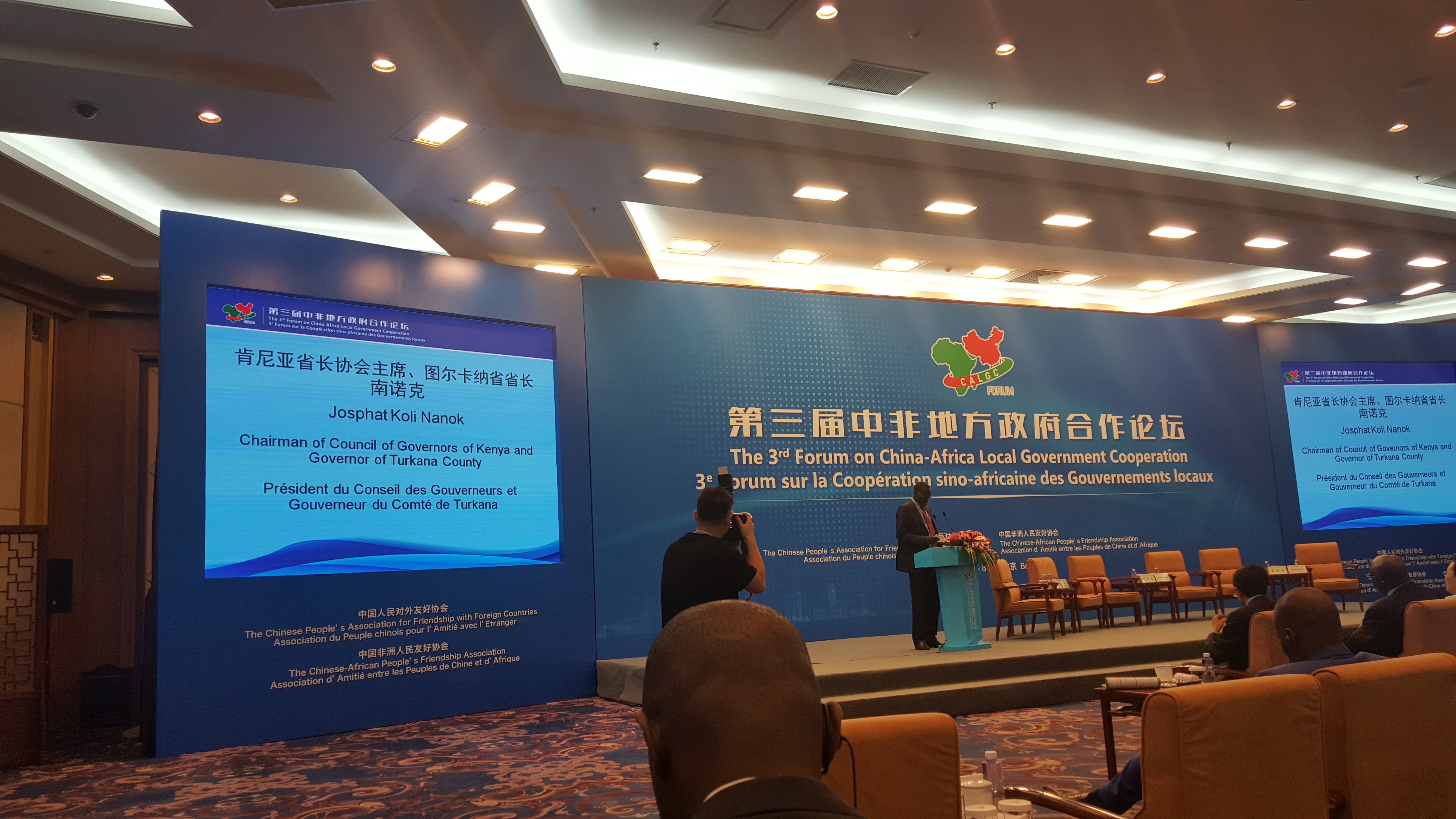 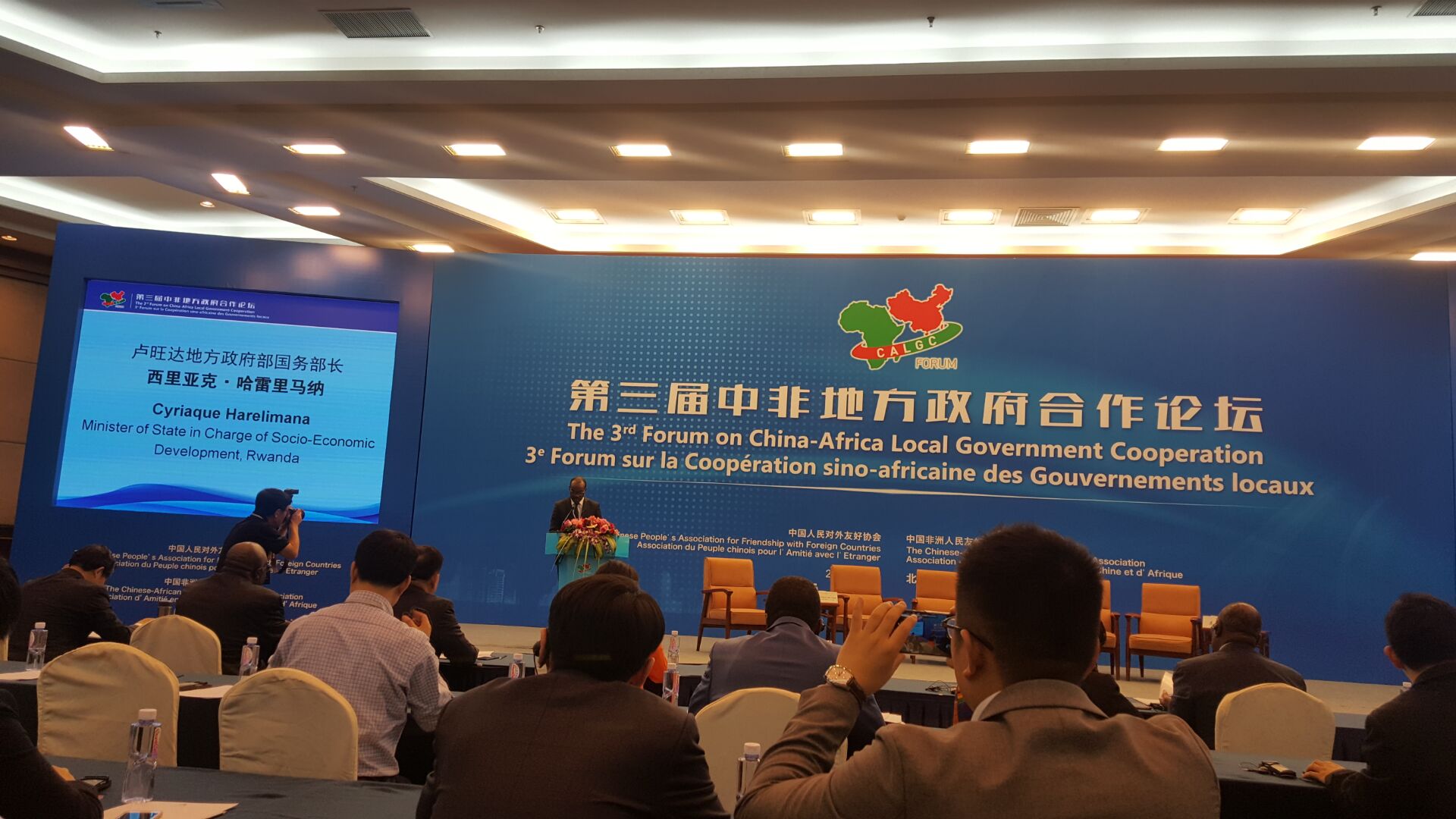 Before the forum was held, Li Xiaolin hosted a welcome dinner for the main guests such as Rafini and Salim and presented the first and second volumes of Xi Jinping`s talks on state affairs. The closing ceremony of the forum was held on the evening of the forum. Abulahat Abdurixitti and the Minister of the Special Economic Zone of Congo (Brazzaville) respectively delivered speeches. Shijiazhuang Huaming Candle Industry Co., Ltd. and the Congo (Kinshasa) Kinshasa government signed the project. ceremony. 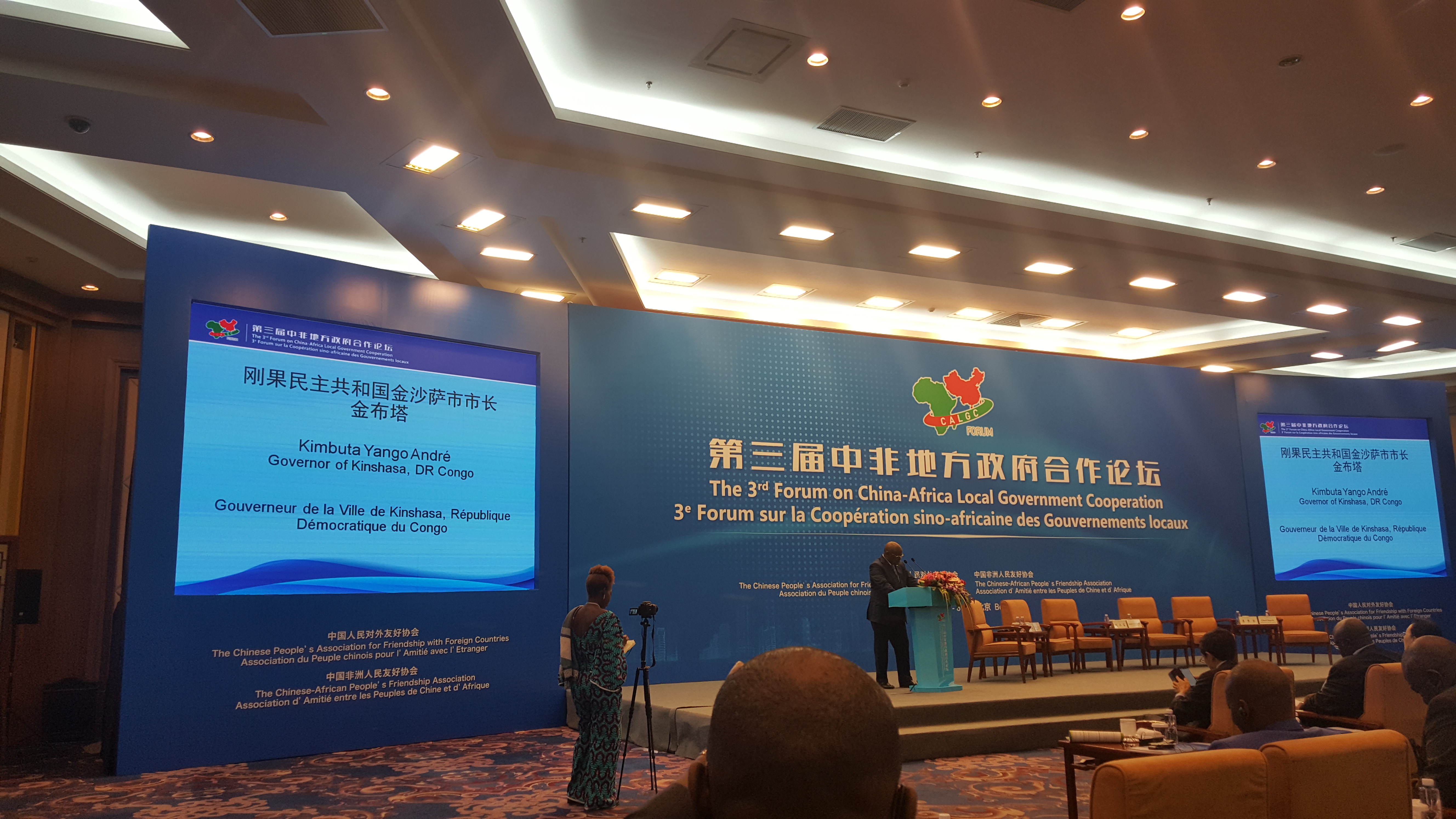 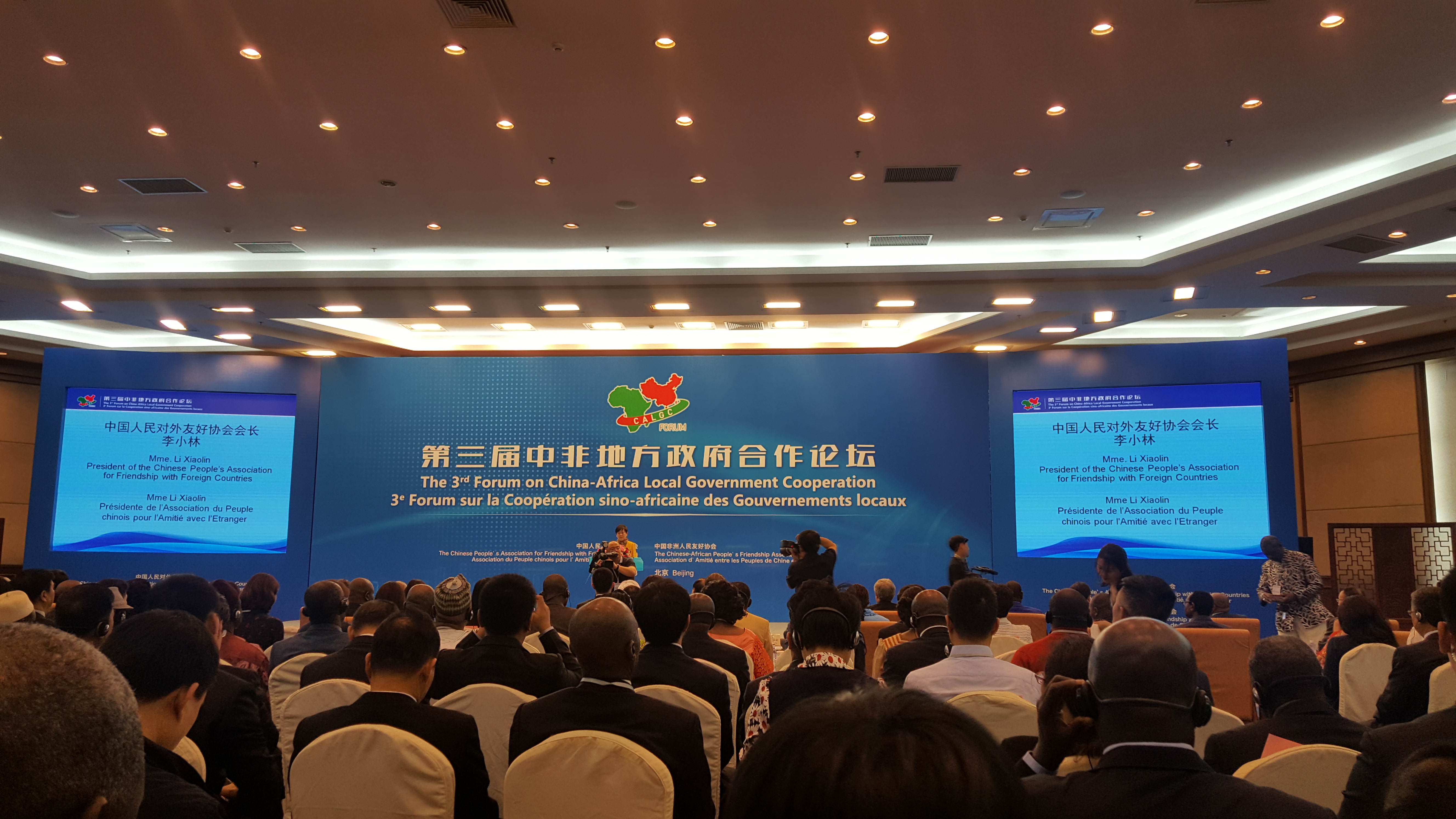