Today is August 1, the Olympic Games to the fifth day, China has won 13 gold medals, ranking far ahead. As a Chinese who visits the scene, when the national flag rises in the arena, it is always extremely proud and proud. When most of us are paying attention to the event itself and are concerned about the total number of gold medals, I wonder if anyone has thought that there are actually more than 13 gold medals. When 56kg weightlifting champion North Korea player Yan Runzhe was wearing a 361Â° shy to podium; When the sun's handsome 100m breaststroke champion South Africa Frog King wore a dark-green â€œHongxing Erkeâ€ kiss medal; At that moment, the Chinese brand was on the Olympic field The "hidden champion" has won the world attention for China. 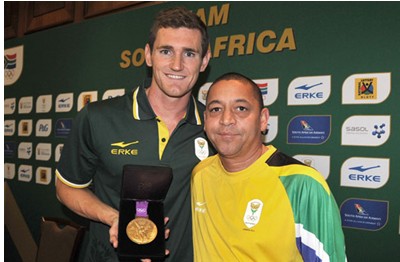 Many careful friends will notice that, as early as a year ago, Chinese apparel brands have begun to use the platform of international and large-scale events to enhance their brand image. With many years of operation and development, Chinese brands nowadays have not only achieved quality in design and quality. The leap forward, the overall strength of the overall brand has also received much attention and recognition in the world market. The rapid rise of domestic brands such as Li Ning, Hongxing Erke, Anta, etc., makes the sports brand market pattern of Adi and Nike evenly divided. At the Olympic Games where Nike and Adi were only visible, Chinese local brands now also occupy half of the country. In the vigorous Olympic marketing war, the most impressive is Hongxing Erke. Everyone should not forget that at the 2008 Beijing Olympics, Hongxing Erke helped China's weightlifting team to win the first gold, sponsoring the North Korean delegation to achieve new breakthroughs, etc., and all received high exposure. This is probably the local marketing brand Olympic marketing practices. originator. After this, other brands followed suit: Peak also sponsored seven Olympic delegations overseas, 361Â° sponsored six Chinese national teams and multi-national Olympic Committees... Some netizens said with a smile that the Chinese brand army occupied the London podium. What is even more exciting is the victory of Chinese brands from "manufacturing" to "creating." Our national brands are not only comparable to international brands in terms of quality and design, but the spirit of the brand also arouses the resonance of Olympic delegations from all countries. Whether it is "TO BE No.1," or "more love," or "changing," it goes hand in hand with the "higher, faster, more distant" Olympic spirit. In understanding the spirit of the Olympics, the Chinese brand, like Adidas and Nike, has fully demonstrated its own spirit. With the Olympic champions standing on the highest stage in the world, they have become the most watched â€œinvisible gold medalâ€ around the champion.