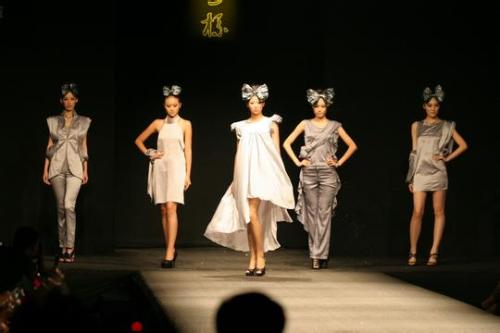 From September 7 to 11, the second Asia-Europe Silk Road Fashion Festival will be staged in Urumqi. At present, the clothing festival has attracted over 1,000 garment and textile trading companies and brand companies from home and abroad to attend the conference and set up a platform for cooperation between China and Central and Western countries in the textile and garment industry.

According to the organizing committee of the clothing festival, the clothing festival was jointly sponsored by the Ministry of Industry and Information Technology of the People's Republic of China, the China National Textile and Apparel Council and the People's Government of Xinjiang Uygur Autonomous Region. With the theme of â€œColorful Ethnic and Colorful Fashionâ€, there are 9 activities. Among them, the "Asia-Europe Silk Road Clothing & Fashion Fair" has a total exhibition area of â€‹â€‹35,000 square meters, and more than 1,000 booths are now booked. Exhibitors are expected to fully demonstrate the corporate style of China's outstanding clothing brands and look for opportunities for China's apparel trade and cooperation with Central and Western Asia.

During the clothing festival, the "Asia-Europe Fashion Week" event will invite nine brands from Russia, Turkey, Spain and other countries and regions to debut and continue 24 fashion shows. In the â€œAsia-Europe International Image Ambassador Finals and Asian Super Model Contestâ€, there will be designers and more than 40 supermodels from 20 countries and regions.

Accelerating the development of the local garment industry and promoting the construction of national apparel brands is also one of the main themes of this festival. "Xinjiang Costume Designer Contest" has attracted 63 local design stars to participate in the competition. The Xinjiang Women's Fashion Project Apparel Show organized by the Autonomous Women's Federation will fully demonstrate the elegant style of women of all ethnic groups in Xinjiang. The festival will also be the first to launch a "community costumes walking community" activity, so that colorful, a wide range of traditional clothing of various ethnic groups into the community, so that the festival is more "grounded gas" and have a higher degree of participation. "China's textile and apparel exports account for about one-third of the world's total, and the Central and Western countries have a weak textile industry base and have a large demand for our products." Liang Yong, deputy director of the autonomous region's economic and information committee, said, "Xinjiang is open to the west of China. At the bridgehead, cotton production accounts for more than half of the country, and many ethnic minorities and Central Asian countries have historical origins and similar aesthetic interests in clothing culture. Therefore, this clothing festival will become China's clothing and textile industry's entry into Central and Western Asia and the Russian market. Booster 'has become a grand event to promote the construction of national apparel brand and promote Xinjiang's traditional costume culture."

Pants For Woman,Pants For Man