Hong Kong Experience International Fashion Co., Ltd. is a professional R & D, production and management of fashion underwear large-scale fashion apparel business. Rely on Hong Kong Investment Group's strong financial background, committed to the Chinese regional brand marketing. The production bases in China are located in the beautiful Jiaodong Peninsula - Shandong Weifang and China's underwear production base - Guangdong Nanhai. Weifang which has 36,900 square meters production base of large modern "Experience" Industrial Park. Since entering mainland China in 1997, the company has been adhering to the "international brand as its mission" concept. Under the 'experience' underwear and ' You Xianmei ' home service has passed ISO9001-2000 version of the international quality system certification. 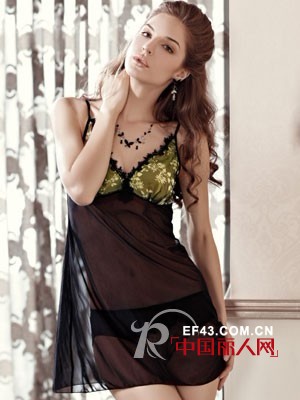 In recent years, the company accurately grasp the international fashion underwear, control the essence of the trend of underwear. Carrying the potential of the brand, conquer the city, has become the main force in China's underwear industry, an underwear fashion founder and disseminator. Twice a year, the product launches are based on the research and development of underwear trends every season. After the forecast, the company assimilates the essence of international fashion, integrates the connotation of Chinese culture, better integrates Chinese culture elements with modern underwear fashion, new brand concept of fashion brand A kind of interpretation. Through years of intensive work, experience brand has formed in the country more than a thousand dealers, more than 3,000 distribution outlets improve the marketing network system.

Affiliate underwear chain has become a popular business venture. Experience in the coming days, determined to colleagues in my "experience" as the core brand, market-oriented, relying on a solid platform based together to create a giant underwear industry!

Product Style: Since entering the market to introduce internationally sophisticated design style, product design and taste to fashion and taste, and traditional underwear in the design style has its own distinct characteristics, there is no traditional underwear too much of the same design.
The mainstream customers: the brand mainly for the 20-45 age group of consumer groups, which is relatively mature and have sufficient purchasing power of the customer base, the design style reduces the traditional lingerie that fashion is a fancy colors and complex splicing design concept, elegant The fashion and distinguished taste is a design feature.

3U Server Chassis is also called a 2u rack Server Chassis. The rack mount is suitable for a 19-inch rack, U is a unit that represents the height of the server outside, and the height of 3u server chassis is 44.445mmX3. 2U Server Chassis is an important part of the server accessories. Its main function is to place and fix each server accessory, which serves as a support and protection. In addition, the computer case has an important role in the shielding of electromagnetic radiation. It is sconstituted chassis shell, a bracket, a cooling fan, a hard disk connection board, a hard disk box, a panel, a switch, and an indicator light.