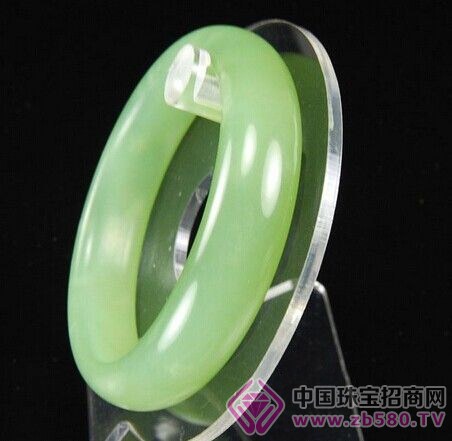 Daiyu, also known as Xiuyan jade, is mainly produced in Xiuyan, Liaoning Province, and hence its name. Daiyu is a high-quality material for jade carvings. It is also a very common jade. The output is large, and the price is lower than that of jade and Hetian jade in jade. It belongs to medium and low grade jade. The main minerals that make up jadeite are serpentine. The mineral elements often contain iron. In addition, the addition of other elements such as manganese and aluminum will make jadeite have various colors, mainly yellow-green, dark green, gray-yellow, white, and black. Etc. The most typical jadeite is mainly green with a yellow hue. The jade in the northwest is dark green and dark green. The pure emerald green in Saitama is rare, and the jadeite that is similar to jade will have a uniform pale green tone, which is easy to misunderstand.

The texture of the jade is very delicate, and the hand feels slippery. The shape is dense body block, a few are fibrous blocks, leaf-like, fibrous interweaving structure, often transparent to translucent, waxy luster to glass luster, its hardness is affected by the combination of minerals, hardness level 4- 5. 5, if it is pure serpentine-based jade, the hardness will be lower, but the quality of color, fineness and quality will be better. In general, jadeite is a kind of jade with a slightly lower hardness. The relative density of 2.57, compared with the jadeite 3.33, the handcuffs will be lighter. If magnified, it is often found that there are a small amount of black minerals, grayish white mineral crystals, filamentous or banded white bands or clumps on the yellow-green base, which is also a common appearance feature of the jade. The fracture is mainly staggered and has a grease luster.

Another major feature of Saitama is that it has a lot of production areas. Different places have different combinations of secondary minerals, and the color characteristics are slightly different. The names are also different. For example, the above-mentioned northwestern area, Saitama, is also called Jiuquan. Jade, produced in the Qilian Mountains, contains dark spots and irregular black masses. The jade jade produced in Guangdong Yuyu is mainly from Xinyi, also known as southern jade, which is mainly green and green. Taiwan's jade jade is mainly produced in Hualien, also known as Taiwan jade, with delicate texture and a bit of linear black stripes. Grass green is its main color feature. There are also New Zealand Bao Wenyu, the United States, William Jade, etc., is similar.

If they are mineralogical, they all use serpentine as the main constituent mineral, which can be collectively referred to as serpentine jade. Its naming method is similar to that of Hetian jade. The name does not have the meaning of origin. Because the serpentine jade produced by Liaoning Yanyan is the most famous, Xiuyan jade is the best name for serpentine jade, and serpentine in various regions. It can be called å²«çŽ‰, therefore, å²«çŽ‰ does not necessarily come from Xiuyan.

They are all green, compared with jade and jade, how should they be different? First of all, the appearance of jadeite is softer, typically waxy, and jadeite is bright glass. The jade is more heavy than the jade, and the hardness is much higher. Combined with the common yellow-green tone and jadeite of the jade jade, the star-shaped flashing green nature can be easily distinguished.