From the point of view of variety, the amber grade containing ancient insects and ancient plant debris is very high, and there is also an opaque amber called beeswax. The global collection of amber beeswax is heating up, and its price is rising. 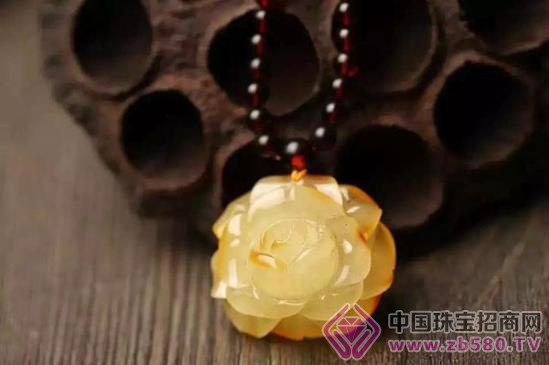 As more and more people like amber beeswax, the amber market has also expanded, mining is getting bigger and bigger, resources are getting less and less, and prices are about 50% higher than before. Amber crafts are not showing much at the auction, but every show is very popular. From the point of view of variety, the amber grade containing ancient insects and ancient plant debris is very high, and there is also an opaque amber called beeswax. The global collection of amber beeswax is heating up, and its price is rising.

An old beeswax sample is common on the market. The conventional test and infrared test data are the same as normal beeswax, but the structure has a slightly curved parallel flow pattern, occasionally a small breccia-like inclusion distribution, suspected In order to suppress the beeswax, there is no clear evidence to show whether the sample is pressed or not, and no relevant information has been reported.

The identification of imitation amber is relatively easy to reconstitute amber. Conventional detection can easily be concluded by refractive index and density. A slight acupuncture test or needle test under the microscope can also play a supporting role, even in the case of infrared spectrometer. It can be effectively distinguished. Two types of imitation amber are commonly found on the market, and one is imitation amber, which is called â€œMiddle East Amberâ€ by the trader, and its refractive index density is higher than that of amber. Its microscopic features show obvious bubbles, and its lily leaves are concentrated. The texture of the water lily leaves is regular, and some bubbles are obvious next to the lily pads. These are different from amber. There is no flow pattern in the â€œMiddle East Amberâ€, which is similar to the beeswax. There is a structure of â€œagate patternâ€ in the natural beeswax, so it is easy to identify. Another high-profile beeswax that has appeared on the market, its refractive index density is completely in accordance with amber production, so conventional testing is not well differentiated. The appearance is also similar to the "agate pattern" of the flowing texture, but by magnification we can see that there are two types of texture (vortex pattern), one formed by bubbles and the other formed by curved opaque components. The two textures are layerless, the texture is confusing, and the texture boundaries are not clear. This is also very distinguishable from the "agate pattern" in the beeswax, so it is easy to identify it if you look closely.