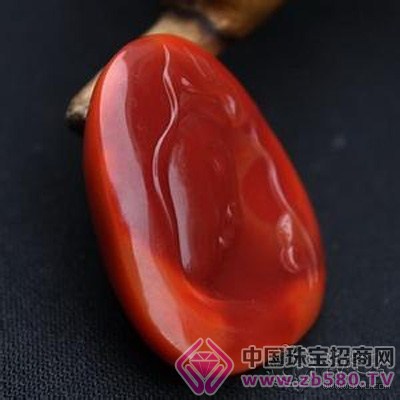 The brocade in the South Red Agate is generally rare in the market because of its low production. Its name is also a very subtle feeling, it can be said to be a big red between persimmon red and rose red, it is really difficult to grasp, especially for the average consumer.

In fact, its rarity, not only players, consumers, or some businesses have not seen it, it can be said that it is impossible to meet. The brocade of Jinhong is about its texture, and it is a kind of brilliance like brocade.

The brocade is generally red persimmon skin, so it is not very thick. Generally, it only makes bas-relief, so Jinhong is generally used as a pretty color in carving. It is difficult to see the full brocade carvings (of course, there are only bas-reliefs carved by brocade red leather).

South red agate is a naturally formed jade, so in the process of formation, there will always be more or less mixed with some impurities, or the iron content is not uniform, so there must be a piece of color positive and uniform Jinhong Nanhong is very valuable.