On August 5, the reporter came to the office of Liang Yong, deputy director of Xinjiang Economic and Information Commission, with the task of carrying out in-depth news investigations on the garment industry in Xinjiang. At this time, it takes about a month before the opening of the first ASEM Silk Road Fashion Festival.

It can be said with certainty that the Xinjiang garment industry is a golden rice bowl and holding a gold rice bowl is undoubtedly a huge waste of resources. Fortunately, the reporter found that the current garment industry in Xinjiang has entered the fast lane of development, and its subsequent advantage is immeasurable.

Taking advantage of the favorable geographical position into the new coordinates of the â€œSilk Roadâ€ On August 5, the reporter came to the office of Liang Yong, deputy director of the Xinjiang Economic and Information Commission, with the task of conducting in-depth news investigations on the apparel industry in Xinjiang. At this time, it was still a month or so before the opening of the first ASEM Silk Road Fashion Festival. Liang Yong was obviously very busy. The telephone number one after another. For reporters who had come from afar, he just pointed to the tea cup in the distance and gestured. The reporter poured tea. Putting down the phone and not waiting for questions from reporters, Liang Yong spoke upright about the specific conditions of the first Asia-Europe Silk Road Fashion Festival.

Liang Yong said that as the supplement and continuation of the Asia-Europe Expo, the theme of the first Asia-Europe Silk Road Fashion Festival will be "Colorful Ethnicity and Colorful Fashion." The main venue of the festival will be located at the International Costume Exhibition Center in Dehui Square, Urumqi. During the period, three thematic activities will be held: Clothing & Fashion Fair, Asia-Europe Fashion Week, and Asia-Europe Fashion Industry Cooperation Forum. Through market-oriented operation, the apparel industry will be promoted in the form of conventions and exhibitions to expand the apparel market in Central Asia, West Asia, and Russia. The comprehensive economic and trade platform hopes to reshape the once brilliant "Silk Road."

The reporter found that the first page of the Asia-Europe Silk Road Fashion Festival brochure is a map of the Silk Road that runs through Asia and Europe. This roadmap is also known as the â€œNorthwest Silk Road,â€ which usually refers to the commercial roads in the north of Asia and Europe, and contrasts with the ancient Tea Horse Road in the south. This "Silk Road" is not only a road of trade between Asia and Europe in ancient times, but also a road of friendship for the friendly exchanges between Asian and European countries and China and the communication between Chinese and Western cultures.

So far, the Silk Road has still made the Chinese people proud, especially the current Chinese clothing people. They have repeatedly taken the â€œSilk Roadâ€ to experience the glory and regain their confidence. However, the path of prosperity and brilliancy in their minds seems to have always become history, and the first Asian-Europe Silk Road Fashion Festival is undoubtedly a new coordinate for the new â€œSilk Roadâ€ of Chinese clothing.

In particular, it is worth mentioning that the site of this festival was held in Dehui International Garment City, Xinjiang. In China, many exhibitions have been successfully held in the apparel market. Xinjiang's move should be a perfect combination of exhibition and business.

It is reported that Dehui Group is a leading company in China to build core commercial real estate, and has been insisting on specialization for 20 years. The reporter found that Dehui's database contains such a set of data: 1 exhibitor, 10,000 customers operating in North and South Xinjiang, 100,000 buyers in South Railway Station, 23 million consumers in Xinjiang, and 1.3 billion consumers in West Asia. ... These figures undoubtedly made the industry look forward to this festival.

Document No. 59 became a spring breeze In the spring of Xinjiang's garments, the reporter interviewed the Xinjiang Garment Industry Association and several leading clothing brands in Xinjiang. In the meantime, the most common sentence heard by reporters was: The spring of Xinjiang's garment industry came. The reporters who live in the coastal areas for a long time feel a bit surprised. The Xinjiang Garment Industry Association currently has only 3 staff. Apart from a handful of traditional advantageous enterprises such as Tianshan Woolen and Jihua 7555, Xinjiang apparel companies interviewed several leading companies for annual sales. The largest amount, but 30 million yuan***, and even some companies are still at a loss, why they can be so confident? Zhang Tongzhi, President of Xinjiang Apparel Industry Association, gave an interpretation to the reporter. The main blueprint he interpreted was the "Opinions on Accelerating the Development of Xinjiang's Apparel Industry" recently introduced by the People's Government of Xinjiang Uygur Autonomous Region, referred to as Document 59.

In Document 59, 22 measures were proposed for the development of the clothing industry in Xinjiang. It is reported that such a policy of vigorously developing the garment industry is very rare in the history of Xinjiang garment development. Among the 22 measures, Xinjiang garment companies are very concerned about the â€œincreased financial supportâ€ clauses of the enterprises. Since 2012, the autonomous region has increased 30 million yuan in technical reform funds to support the development of the garment industry. There are also "enhanced credit support," "enjoy corporate income tax and related tax incentives," and so on. At the same time, a major preferential policy for enterprises preparing for the development of Xinjiang is to invest 10 million yuan in new apparel production projects with a total investment of over 30 million yuan in the Xinjiang Autonomous Region or in garment enterprises registered in the Xinjiang Autonomous Region. For the above technical reform projects, the local government finances subsidies according to 10% of the investment in its production or process equipment (including self-made equipment), and the maximum limit is 10 million yuan.

The westward direction of the industry is that Xinjiang Xinjiang is westward and Asia-Europe recently held an important transfer conference for the garment industry in Chongqing. Sun Weiting, chairman of Huafu Color Spinning Co., Ltd., and Qiu Yafu, the family member of Shandong Ruyi Group, were present at the meeting. Xinjiang's projects are generous investment, which envy the local governments that have transferred their industries. At that time, they roused the reporter's great interest in Xinjiang. Together with reporters' interviews with Youngor over the years, Youngor Li Rucheng It is also a soft spot for Xinjiang. These entrepreneurs have advertised Xinjiang on various occasions. This time, this reporterâ€™s news investigation into the clothing industry in Xinjiang has finally taken place. In this research, the reporter found that almost all the well-known Chinese local brands have already opened their own stores in Xinjiang. So why is Xinjiang so attractive?

The chairman of the national brand in Xinjiang, Doolikong Huga and Maiti, and the chairman of Meyanna National Embroidery Co., Ltd., zealous Gregory Ubrika, told the reporter in a very open mind: There are four in Xinjiang. Big advantage: First, location advantage. Xinjiang has land borders with eight countries and owns 17 ports along the border and 10 second-class ports. Urumqi is not only the largest commodity distribution center in Xinjiang, but also an important platform for investors from the world to explore the Central Asian market. At present, Urumqi has established nearly 200 commercial transaction markets of various types relying on the surrounding eight countries. Among them, 32 have annual trading volume exceeding RMB 100 million, and 10 have exceeded RMB 1 billion, forming coverage in Xinjiang and radiation in Central Asia. The multi-level, multi-channel trade network is among the most cutting-edge cities in western China. Second, resource advantages. Xinjiang's cotton accounts for nearly 40% of the country's cotton production, and it has abundant petroleum resources. It is the largest production base for pulp and viscose fiber in the country, and is also an important production base for natural fiber resources such as wool and linen in China. Third, culture Advantage. The Uygur, Kazakh, Uzbek and other ethnic groups in the Xinjiang Uygur Autonomous Region have similar language and cultural customs with the Central Asian nations. The exchanges between the people and the people have a long history. There are many similar aesthetic tastes in the costume culture. These are conducive to the development of Central Asian countries. The Russian clothing market; fourth, cost advantage. Although this advantage has the same features as other Chinese industrial transfer undertakings, Xinjiang's preferential policies should be very tempting.

When asked by reporters, are there concerns that the transfer of some famous brands to Xinjiang will increase market competition in Xinjiang? Doli Kong, Hu Jiahe, and the zealous wanguli Wubulikasi all expressed that the ethnic brands in Xinjiang and other provinces and cities are very complementary to each other. Only when they are mutually integrated can they learn from each other and develop together. 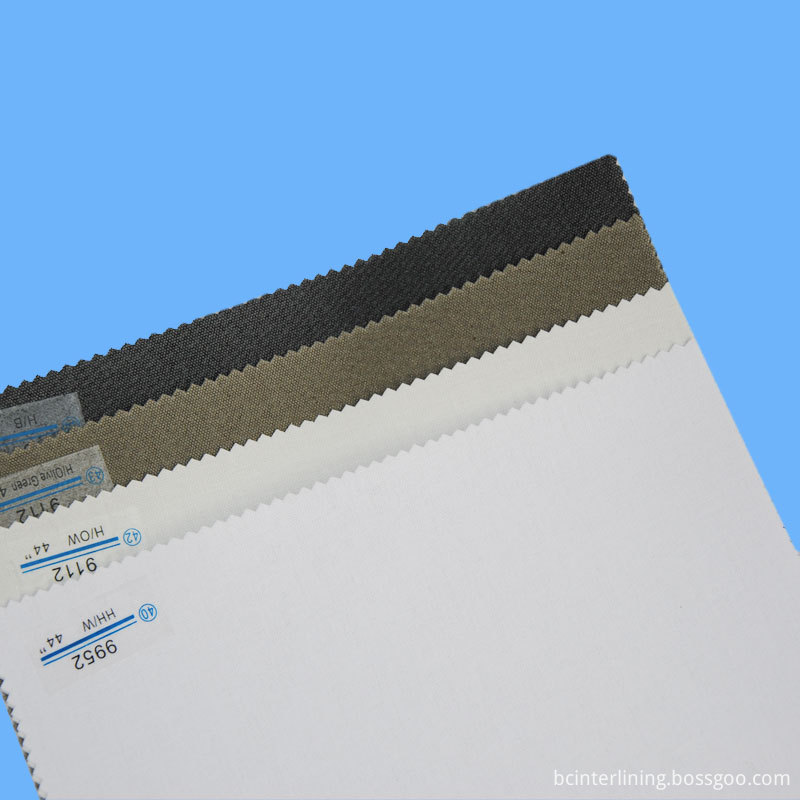 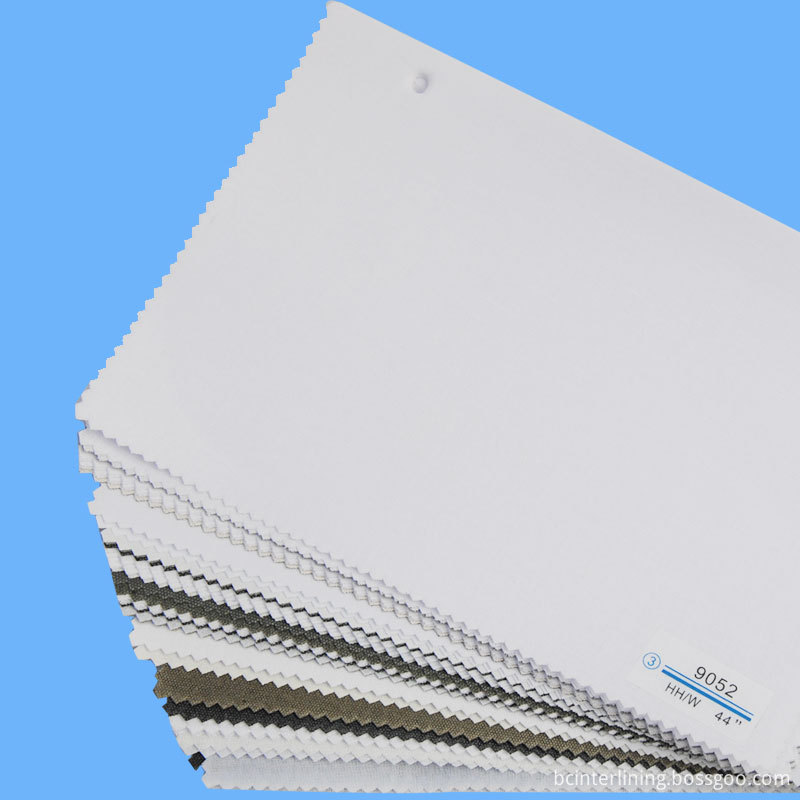