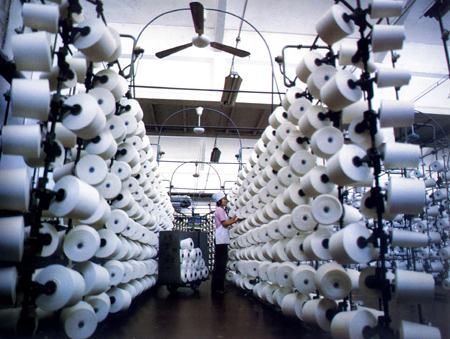 Experts including fashion designers, retailers and university professors urged the British government to increase the production of local textile and clothing industries.

Recently, the textile and apparel conference held in the UK titled "The New Dawn: Remaking the British Textile Manufacturing Industry." Professor Chris Carl of the University of Manchester said that the UK's manufacturing industry has once again become a viable option, but this requires increased investment in the manufacturing sector.

According to Joe Dixon, senior vice president of production at Brooks Brothers, a US apparel manufacturer and retailer, the British government should strive to build the country into a center of excellence for textiles and apparel. He added that the British manufacturing industry, on the basis of maintaining the past tradition, can obtain more from the rational use of current technologies and opportunities.

Designer Paul Smith said that relying solely on the "Made in Britain" label does not serve its purpose. It also requires the revival of the entire textile and apparel manufacturing industry in the United Kingdom.