A well-known writer in Bahrain wrote: "Between the universe, above the earth, the most abundant, most precious and most authoritative goods, non-pearl." Bahrain is not only rich in pearls, but also the quality of its pearls. The world is famous, and the Kingdom of Bahrain is known as the â€œBay Pearlâ€.

36 pearls in the Persian Gulf 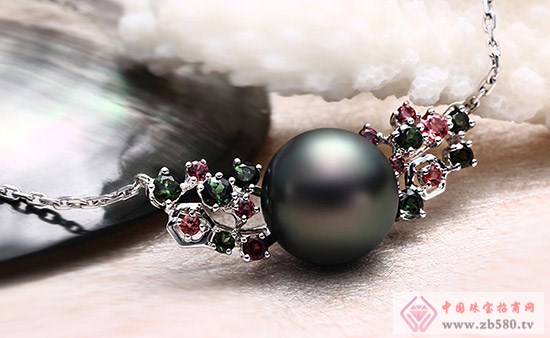 The Kingdom of Bahrain is located in the multi-island country in the southwestern part of the Persian Gulf. It consists of 36 islands, including Bahrain, with an area of â€‹â€‹706.5 square kilometers. From the bird's-eye view, the Bahrain Islands are like 36 pearls of varying sizes and crystal clear on the surface of the Persian Gulf. They are shining in the blue ocean. The Kingdom of Bahrain is not only in the shape of a sea of â€‹â€‹pearls, but also its pearls are famous in the international jewelry market.

Today, in the international pearl market, according to the geographical classification, there are three major names. The European production is called Xizhu, the Bahraini is called Dongzhu, and the Chinese is called Nanzhu. The reason why the pearls produced in the Kingdom of Bahrain are famous is that the pearls of Bahrain are full of grain, crystal and round, and beautiful in color. Therefore, it has become the world's most prestigious and world-famous â€œcollection-level jewelryâ€. According to reports, there is an ancient pink pearl in the Bahrain National Museum. The pearl is 4 mm in diameter and pink in color and has a history of more than 4,000 years. It is reported that this rare pearl was discovered by a joint archaeological team composed of Britain and Bahrain.

For generations of jewels

Far more than 4,000 years ago, the brilliance of the pearl led the Bahraini's sight to many islands in Bahrain. Their ancestors used to carry out the work of diving in the sea to catch the scallops, and they made the sunrise and sunset. Bahrain's "Intermediate" reporter Hamad told the Global Times reporter: Pearl is the national soul and cultural symbol of the Bahraini. Pearls have a long history in Bahrain for thousands of years. Before the discovery of oil, the Bahrain people made their lives by fishing for pearls and fishing. Even many people have not yet reached adulthood, and they followed their father and elders to the sea. After the discovery of oil, life has undergone tremendous changes, and the Bahraini no longer rely on pearls for dinner.

The Bahraini classifies the pearls according to the craft specifications of the jeweler. The first-class sieve bowl is the first-class pearl, the Bahrainite is called â€œDanatâ€, which is expensive; the second-grade sieve bowl is called â€œBetanaâ€, which is used to make necklaces, earrings and rings. And a variety of jewelry such as wrist chains; the third-grade pearls are called "Zaiella", which has the largest number of pearls, and is used to decorate hats and garments, and to decorate furniture. It is followed by "Sataibai", "Naim" and "Buca". The last level is "Haka", which can only be ground into pearl powder for dispensing.

In Bahrain, the medicinal and edible value of pearls has also received attention. Both ancient and modern Bahrain Pharmacopoeia have recorded that pearls have the effects of cooling and detoxifying, relieving cough and phlegm, improving eyesight and relieving pain and calming the nerves, especially for wounds. Between 2200 BC and 1900 BC, the city of Bahrain Drameng was attacked by an army led by Seguro, the king of Agadi. When the Bahraini army exchanged fire with it, the medicine used to treat the wounded was prepared by people using self-produced pearl powder.

Modern Bahrainians, up to the king, down to the people, in addition to loving "oil beads" (oil), are more interested in bringing pearls of prosperity, prosperity, reputation and happiness to the Kingdom of Bahrain. In the whole country of Bahrain, especially in the capital city of Manama, you can see the pearls everywhere: the historical sites of the "Delmond Civilization Site", the collection of the Kingdom Museum of the Kingdom of Bahrain, the lobby of Manama Hotel, the exhibition area of â€‹â€‹Bahrain International Exhibition Center, Pearl sculptures, drawings or images are featured in the iconic buildings or walls of the Bahrain Kingdom, such as the Bahrain Palace and the Bahrain International Finance Building. Even the ornaments and travel albums placed in the living room of the Bahrain family are full of pearls, and the pearls can be said to be everywhere, becoming the embodiment of Bahrainâ€™s happiness and beauty.

The "pearl complex" of the Bahraini can be said to be deeply deposited in the depths of the heart and lingering. Hamad said that the Bahrain people rely on pearls to cherish the years of suffering. Nowadays, the teaching content of primary and secondary schools has some parts about pearls. Pearl has become an important part of patriotic education. Located in Muharraq, Muharraq, Bahrain, it is the world's most protected site for pearl mining. It was listed as a World Heritage Site by UNESCO in 2012. This is also the pride of the Bahraini.