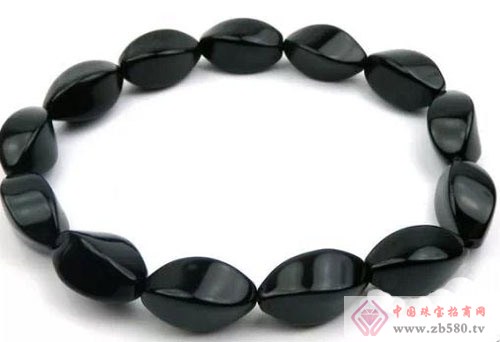 Black Onyxâ€”It is made from natural agate that has been heated to a black color. It is still natural and does not fade because it does not contain other non-natural ingredients. Black agate symbolizes perseverance. It has been used as an evil spirit and amulet since ancient times, symbolizing friendly love and hope. Long-term wear can make the skin smooth and cheerful. Black agate has been widely used since ancient times. In ancient times, people often used "pearl agate" to describe wealth. Many foreign legends mentioned that black agate can bring happiness and confidence to the black agate, and bring a dream. Scholars regard black agate as the "third eye" in gems, symbolizing friendly love and representing hope.

Black agate. Black agate is rare in nature, and most of the black onyx in the Chinese jewelry market is optimized. However, since it has not added any other substances in the optimization process, it is still recognized as a natural gem in jewelry identification. Agate is dark and easy to mix with other black jade. Its hardness is greater than that of black shale.

Transparency: True agate transparency is not as good as synthetic, slightly chaotic, and some can see natural water lines or "clouds", while synthetic agate has good transparency and is as transparent as a glass ball.

Black agate is also called [stone of longevity], which promotes happiness and prosperity. Can recruit good luck. Helps relieve stress. Strengthen courage and courage. Reduce suffocation, suffocation and depression. You can also bounce all the negative energy such as black magic and curse back to the original applicator. Black agate is not made by desire. In addition, there are also some black name on the black agate, which looks a bit like obsidian, but it is more lustrous, often carved into carvings or bracelets. Black agate can make people objectively transcendent, and the younger people are close to the nobles, and will not lose their way in a complicated environment. Increase people's self-confidence, avoid fear and anxiety, and prevent negative energy violations such as spell witchcraft. Corresponding to the sea bottom wheel, it can improve the reproductive system, eliminate disease, turbidity and mildew, and bring health to people.

The color of the black agate is complete, and it is not difficult to collect the colors required for the seven rounds of the human body. Regardless of the black onyx of any color, its energy has a thick, stable and soft character. Therefore, it can help every wheel of the human body (also known as the energy center) to achieve parallel and hidden. Without any stimulation, the function and power of each wheel can be strengthened. In addition, it can help individuals to calm their emotions. Black agate is one of the seven gems of Buddhism and can be used for evil. Black agate is recommended to wear on the left hand.

Platinum or gold inlaid with black agate jewelry, the rough and delicate body, the personality in the taste, the pure white gold material and the black agate color contrast, the precious metal texture is fully exposed, full of glamour about the jewels.

Integrating beauty and learning, you can experience the feelings of a lady and sleep better at night