With the 1990 International Diamond Promotion Center (DTC) opening the Chinese market with the classic slogan "Diamonds forever, a eternal rumor", diamonds have gradually become an indispensable element in the marriage culture. The resulting rigid demand has led to a continued rise in diamond sales and has replaced gold as a new profit growth point for jewelers.

Traditional jeweler Chow Tai Fook said that in the coming year, he will focus on the business of jewellery inlaid with more affordable jewelry. According to its annual report released on June 5, in the fiscal year ending April 2015, the same-store sales of jewelry inlaid jewelry in Chow Tai Fook in China increased by 5.2%, and diamonds accounted for 80% of the total. â€œThe demand for jewellery jewellery in China has continued to rise in recent years, especially diamonds.â€ Chow Tai Fook said in an email reply to Business Week/Chinese. According to data from the Ministry of Civil Affairs, in 2014, there were 13.067 million new couples registered in the Chinese mainland, and in 2013 it was 13.469 million pairs. The diamond consumption market originating from marriage was huge and stable.

In the past few decades, the main hero of Chow Tai Fook's profit is gold.

In the previous fiscal year 2014, 61.2% of retail sales accounted for almost 3 times the diamond's 21.1%. In the first quarter of the 2016 fiscal year, which was announced on July 9, the trend of gold and diamonds was even more pronounced, accounting for 52% and 29% respectively. Another old-fashioned jeweler, Chow Sang Sang, is also facing the same situation. In 2014, its inlaid jewellery sales increased by 20%, but the total turnover decreased by 7%, mainly due to the slowdown in gold sales. 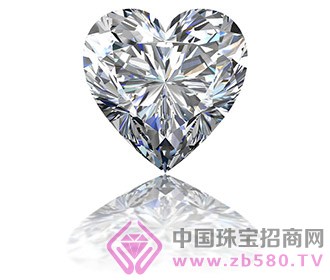 Jewelers pointed out in the financial report that the slowdown in China's economic growth, the macro trend of the government's anti-corruption campaign, and the high base impact caused by the gold rush to snap up from 2013 to 2014 jointly caused the gold market to shrink. Fluctuations in gold prices in the international market have made it more difficult for gold jewellery sales to rebound in the short term. On July 21, the NYSE gold futures price closed at $1106.8 per ounce, which has fallen to its lowest point since March 2010. Subsequently, the forecasts from international investment banks Goldman Sachs and Societe Generale are even worse: gold prices will continue to fall to around $1,000/oz during the year.

In contrast to gold, diamonds are immune to shocks with their unique emotional "privacy" and stable prices. In September 2014, De Beers executive director Clifford told Singapore's Straits Times that China's anti-corruption has little impact on diamond sales, because diamonds are the first choice for gifts between husband and wife, not given by subordinates. The gift of the boss. Tiffany's CEO Korowski said in the Financial Times in 2013 that â€œdiamonds have always been an important moment for people to celebrate their livesâ€ and thus compared to other luxury goods. The impact is less. In 2014, the sales of these two major jewelers in China increased slightly in China. In the recent diamond promotion program, Chow Tai Fook emphasized the connection between diamonds and private emotions. They filmed 40 new couples' marriage proposal and tried to emphasize the diamond ring as a necessity for a romantic proposal through these short films broadcast on Youku at the end of July.

In addition, traditional jewelers are trying to develop a variety of low-cost "fast fashion" diamond jewelry to seize the mass market, with the solid gains from diamonds to offset the gold trend. Chow Tai Fook said in the mail, "Young people buy more affordable fashion jewellery matching apparel, and the market has greater demand for more affordable jewelry jewellery." Chow Sang Sang also clearly stated in the financial report that "more will be concentrated in the future." Resources are on the development of such products. â€œCompared with gold, diamond jewelry is an accessory that is more suitable for everyday wear.â€ Zheng Jiabao, a researcher in the jewelry industry of the Prospective Industry Research Institute, explained the new strategy of jewelers.

To match the online consumption habits of the younger generation, traditional jewelers are e-commerce layouts. The diamonds sold in online stores are mainly low price:

For example, among the 267 diamond ornaments sold by Zhou Shengsheng's flagship store in Jingdong, there are only 20 models with more than 20,000 yuan, and the cheapest diamond ring is only for 2050 yuan.

Traditional jewelers still have to face competition from rising stars in this e-commerce campaign. In fact, the diamond retailer adopting the â€œline online store + offline offline storeâ€ sales model is the forerunner in the field of cheap and fast fashion diamonds. In 2002, Chinaâ€™s first dual-channel retailer, Diamond Bird, unveiled the price of diamonds in online stores at a low price of 6,000 to 20,000 yuan. Every carat that was established in 2010 will be more direct in the low-cost business philosophy of the latecomers. When the e-commerce strategy was launched in 2012, it was on the official website of the official website to play the "locked loose diamonds minimum price" Big characters. â€œThis form of business can avoid high-value deductions from shopping malls and eliminate the intermediate links of traditional channel merchandise circulation,â€ said Hao Yi, president of Claret, to Business Week/Chinese. â€œDiamonds are not rich people and collectors. The patent, our positioning is to meet the low-end consumer market such as wedding."

Previously, providing customers with the â€œhappinessâ€ experience associated with marriages brought by wearing diamonds was the advantage of traditional jewelers' physical stores compared to e-commerce, but this advantage is no longer obvious. Xu Xiao, the co-president of Diamond Birds, said in a public speech on July 10: "The offline experience store can use various ways to impress the five senses of consumers. Every perception will make him feel different." The brand has opened 14 experience stores. Every carat has set a target for the expansion of direct stores, and plans to expand from 12 to more than 30. In mid-2014, each carat was acquired by Hao Ningda, a smart meter manufacturer listed on the Shenzhen Stock Exchange. In the bulletin issued by Hao Ningda on July 3 this year, the performance of each carat was outstanding. â€œThe net profit in January-June 2015 was larger than expected.â€

However, analyst Zheng Jiabao believes that traditional jewelers do not have to worry too much about competition with diamond e-commerce. "The shaping of brands requires long-term investment of funds and continuous output of values. The design concepts, cultural elements and production techniques of famous brands are all It is the result of long-term business precipitation, and this core competitiveness is not easily defeated by the online diamond brand." China's diamond consumption market is far from saturated and there is still room for growth. In the 2014 Global Diamond Market Research Report, Bain predicted: â€œChinaâ€™s diamond sales will double in the next 10 years.â€