Cat's eye gemstones In China's mainland market, artificial cat's eye gemstones are in full bloom, mainly because of its bright color and beautiful appearance, and the price is very low. There is nothing to choose from artificial cat eyes, because the quality is very good, the common colors are bright red, bright orange, bright blue, bright green, bright brown, gray green, etc. Others such as yellow green, gray yellow, black gray to bound color All. Most of the artificial cat's eyes are inlaid on cheap gold crafts or jewelry. 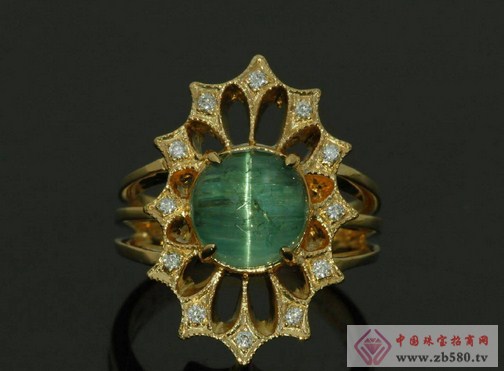 The most common natural cat's eye gem in the market is quartz cat's eye, the color is brownish yellow, white, colorless and so on. When purchasing, first pay attention to whether the cat's eye flash is obvious, narrow and flexible, and also pay attention to whether the gem has cracks. Since the gemstone is sold at a price by weight, the cat's eye flashes only on the surface, and the bottom of the gemstone is useless. In order to obtain a large weight, the person who grinds the cat's eye gemstone often grinds the gemstone so thickly that it can sell more money. Therefore, when purchasing, you should pick a thin gemstone to avoid spending more.

Occasionally, the aquamarine cat's eye and the golden-green cat's eye can be seen on the market. The former is a product of Xinjiang in China. It is characterized by the fact that the cat's eye is relatively scattered, the quality is very general, and the color is unpopular white (colorless), so the sales are not smooth. Aquamarine cat eyes and quartz cat eyes are all mid-range gemstones, and the price is generally acceptable to consumers. 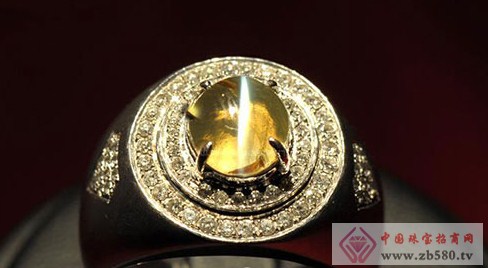 The golden green cat's eye is a high-grade gemstone, and all the cat's eye gemstones sold on the market in China are imported from Sri Lanka. The color is mainly yellowish green to shades of brownish yellow, which is best like honey. The cat's eye of the golden green cat's eye is bright, narrow and flexible, and should be watched for cracks when purchasing. The gold-green cat's eye with good color, good cat's eye and no cracks is very expensive and unacceptable to consumers. When the price is low, there are always some defects, such as obvious cracks, poor eye flash, or very small particles, and so on. These should be noted when purchasing. 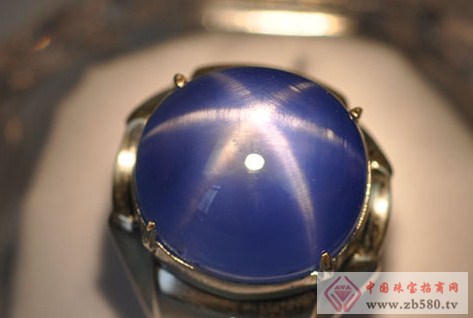 How to choose cat eyes and star gemstones 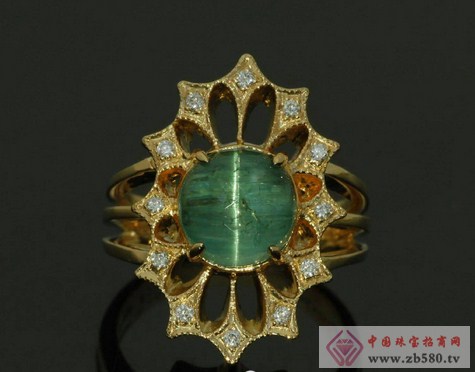 The second is to choose the color of the star gemstone. For the black star sapphire, as long as the black (usually dark brown) is uniform, there is no obvious black and white growth line. For star ruby, color is very important, because the quality of the color makes a huge change in price. The color requirements for star ruby. 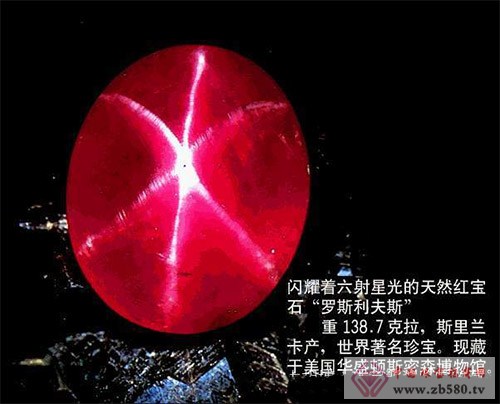 The same as ruby, that is, the medium depth of pure red (bright red) is the best, the red is rather deeper and not too shallow, the lighter the worse, of course, the red is not good. In addition, if the red color is not correct, the price is greatly reduced. For example, red to brown or even dark brown, is a low-end product in the star ruby. For blue star sapphire, the best color is medium blue (fresh blue), the color is too dark or too light, the blue is not gray, and the quality is lower.

The star gemstone must be a hemispherical stone, which is simple to grind and requires no chipping. There is no crack. However, it should be noted that since the gemstones are sold by weight, the seller often grinds the gemstones to be thick, the thicker the heavier, the more money he can sell. Starlights are on the surface of the gemstones, and have nothing to do with the thickness of the gemstones. From the consumer's point of view, the star gemstones are thinner and more economical. Therefore, you should try to pick thinner products when purchasing. 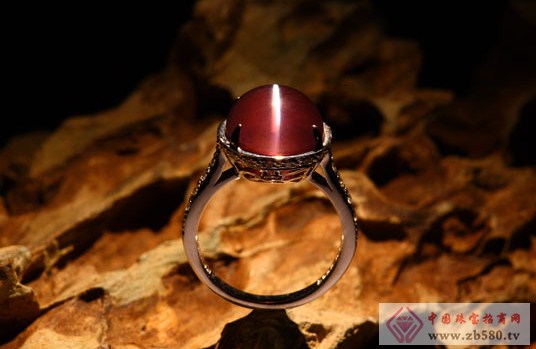 At present, the most sold in the Chinese market are black star sapphire, most of which are produced in Shandong, and a small amount is imported from Australia. Black star sapphire is a mid-range gemstone, the price is not expensive, the large particles are not much more expensive than the small ones. The quality of star ruby â€‹â€‹is very different, the color is good, the particles are large, the starlight is bright, the price is very expensive; even the medium quality It is also much more expensive than black star sapphire. The better star rubies are almost all imported from Myanmar and Sri Lanka. Starlight Ruby has a dark brown red inferior product. It is characterized by large particles and a very thick finish. The price is roughly the same as that of black star sapphire. There are two types of blue star sapphire currently on the market. One is the inferior goods imported from Myanmar. The particles are large and cracked. The color is gray to light gray and blue. It is very unpleasant and the brightness of the stars is different. The price of such stones is black and star. The sapphire is similar; the other is the blue star sapphire produced in Shandong. The starlight is very bright. It is very clear under the fluorescent light. The color is dark black and blue. It is very pleasing to the eye. Because the output is rare, the quality is good and the price is relatively expensive. 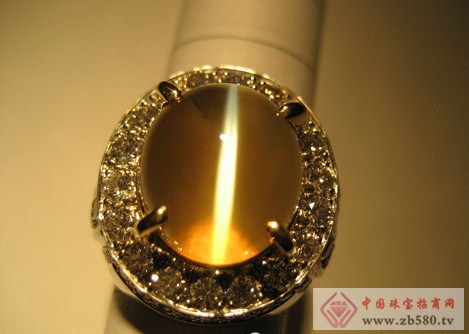 Starlight quartz is milky white, the stars are mostly blurred, not clear enough, so they are not popular, the price is very low and the sales are not smooth.

In addition to the six-shot star gemstones, there is also a black pyroxene with a cross star (referred to as "cross star glorious stone" or "star glaucom"). Because the gemstone is not beautiful, the output is also high. Not expensive. When purchasing, you should pay attention to the brightness and clarity of the starlight.

In the Chinese market, artificial star ruby â€‹â€‹and artificial blue star sapphire are also being sold in large quantities. Due to the high manufacturing cost, the price is much more expensive than the artificial cat's eye, which is roughly equivalent to the small black Shandong sapphire. 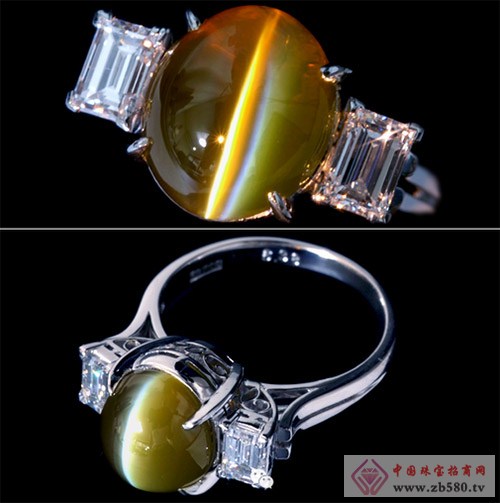 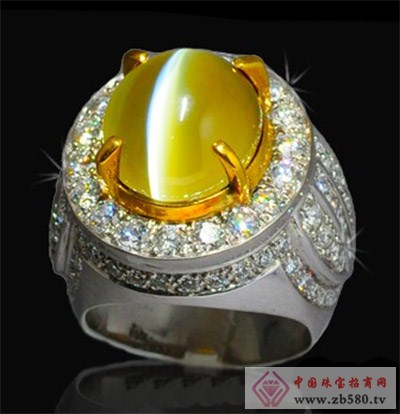 The color of artificial starlight ruby â€‹â€‹is not beautiful, mostly dark pink to grayish red, dull and not bright. The artificial star sapphire blue is eye-catching, but it is not clear. There is nothing to choose from in addition to the particle size at the time of purchase.