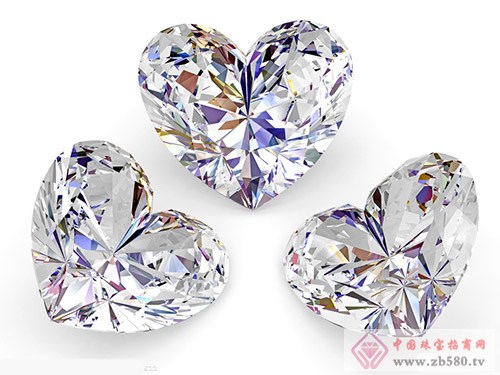 Recently, there has been a hot topic on the Internet - jewelry has radiation, and many people are afraid to wear jewelry when they are afraid of radiation. But at the same time, there are also the sayings of "three years of people raising jade, ten years of jade raising people". So what is the benefit of wearing jewelry? Still have drawbacks? Is there a scientific basis for the popular online saying?

Miss Zhang saw in a magazine that wearing jewelry can pass through the meridian. After reading it, Miss Zhang insisted on wearing the ring every day, and from time to time she also turned around to get through the meridian. After a few days, she felt that her neck and hands were particularly itchy and her hands were red and swollen. She checked the Internet and the Internet has a very scary statement that jewellery is radioactive, and long-term wear will double the incidence of breast cancer and lung cancer. This is a great deal. Miss Zhang went to the hospital for a check and came to the conclusion that the jewelry she bought was an alloy product, which was fake and contained nickel. People who are allergic to nickel, wearing such accessories will cause contact dermatitis, redness and itching.

So is there really radioactivity in jewelry? Zhao Wei, National Registered Jewelry Quality Inspector of Jewelry and Jade Jewelry Management Center: "The radioactivity of jewelry has two reasons. The first is that the gemstone grows together with the radioactive material next to it in the long crust formation process; the other is In order to obtain beautiful colors, some gemstones are irradiated. However, the gemstones we have now extracted are after hundreds of millions of years of crustal changes, and its radioactivity has long since become detrimental. In the case of artificial irradiation, it is a regular manufacturer that can perform such operations. They will be allowed to stand for a period of time after irradiation, and then they will be on the market. The radiation of such gemstones has no harm to the human body."

Some people will be allergic to wearing metal ornaments, so they chose to wear jade, agate, etc., plus the saying that "three years of people raise jade, ten years of jade raises people", jade pendants are deeply loved by people. In Li Shizhen's "Compendium of Materia Medica", it has been mentioned that long-term use of jade chips has the benefits of "running the heart and lungs, helping the throat, and nourishing the hair". However, the times are progressing and science is developing. Is it true that today's so-called "three-year people raise jade and ten years of jade raise people"?

People can raise jade but jade does not support people. Zhao Wei of the Jewelry Jade Jewelry Management Center said: "The temperature, sweat or oil of the human body has certain advantages for the structure of jade. The theory of human jade is true, and it can make jade more transparent and beautiful."

But after ten years, can jade raise people? Zou Xianjun, director of the dermatology department of the First Affiliated Hospital of the People's Liberation Army General Hospital, told reporters that there is no scientific basis for the saying that jade raises people or jewellery. Some people say that jade contains trace elements, which can be absorbed through the skin. It has not been confirmed by experiments. Because the trace elements in jade exist in at least one state, it is still unclear.

Is the silvery black body toxic?

In ancient times, silver needles were often used for drug testing. So is the silver jewelry we wear today black is also a toxic performance of our body?

Silver black has nothing to do with the body. "In ancient times, arsenic was commonly used as a poison. Because the purification technology was not enough at that time, there was always some sulfur in the arsenic. The chemical reaction with silver was not arsenic, but sulphur." The jewellery expert made the silver enamel black. Scientific explanation. "If the silver jewelry we wear becomes black, is it because our body has excreted sulfur, and is this an unhealthy performance?" Many people have such concerns. "There may be such a situation, but it may also be that the sulfur content in the surrounding environment has risen slightly and reached a certain concentration." Experts say that it is not scientific to say that silver is black and the body is unhealthy. "The silver jewelry that we usually see is only a normal chemical reaction, and it is not directly related to health."

1. Don't buy casual accessories on the stalls, you must go to a regular business to buy.

2. People with allergies, scars, children, and sweating are not suitable for wearing metal jewelry.

3. Put the weakly alkaline soapy water or facial cleanser in clean water, wait for them to dissolve, put the silver chain inside and float, then carefully scrub with glasses cloth, and the silver decoration is as bright as new.